The 84-year-old leader defined nationalism as the encouragement of dissent, not its suppression. 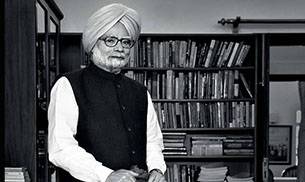 While stressing on the need to create jobs in India, Former Prime Minister Manmohan Singh on Friday on the occasion of 200 years of Presidency University said, “India must grow and grow rapidly.”

Further, calling for a strategy, Manmohan Singh said there is a need for evolving a strategy to create 10-12 million jobs every year in India.

“We have to evolve a strategy to create jobs for 10-12 million people every year,” he added.

Here’s what he said:

Furthermore, he stressed upon the need for keeping environmental balance while creating jobs for a sustainable growth.

Singh on employment in India:

Established on January 20, 1817, the Hindu College was the earliest institution of higher learning in Asia in terms of modern sense. The college was transformed into Presidency college in 1855.