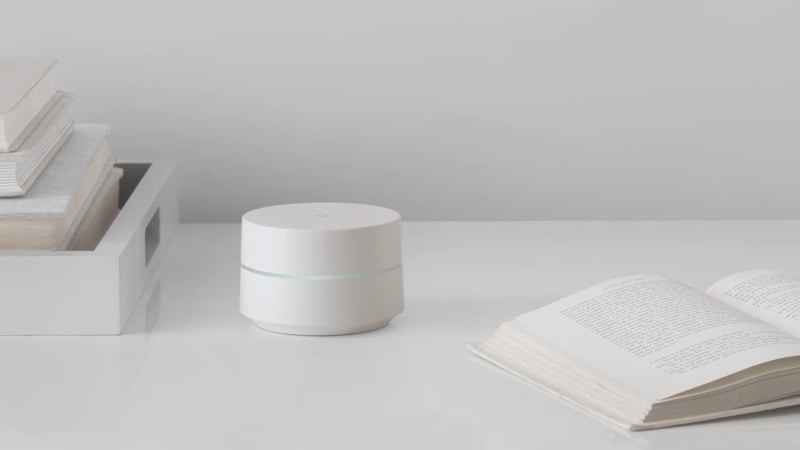 Google Home and Google Wifi are no longer exclusive to the US, as they have been since their launch last year. The search giant is finally bringing its voice-activated smart speaker to UK, and it will be available from April 6 at the price of GBP 129 (roughly Rs. 10,500). The search giant has also launched Google Wifi in the UK, its mesh Wi-Fi solution. It will be launched on the same day as Google Home in UK and the pricing for the router will start from GBP 129 as well.

The California-based company’s Google Assistant-powered speaker will be made available in UK at Argos, Dixons, John Lewis, and Maplin from April 6 and is said to be coming soon to EE as well. The coloured bases will be made available for GBP 18 (roughly Rs. 1,500) for fabric and GBP 36 (roughly Rs. 2,900) for metal on the Google Store, Google said in its official blog. While users will be able to get Google Wifi 1-pack for GBP 129, they will have to shell out GBP 229 (Rs. 18,700) in a Google store for a 2-pack. Google Wifi will also be made available from Dixons, Argos, Maplin and John Lewis and will be coming soon to Amazon, as per Google.

With Google Home speaker, users can get answers to their queries and can also perform various tasks using just their voice. The voice-activated speaker can help users with calculations as well as translations and bring them news from publications such as BBC, The Guardian, The Sun etc.
“Using the Google Assistant, Google Home can answer questions about your interests, the weather, traffic, sports, finance, local businesses and more. You could ask “Where is the nearest petrol station?” and then follow up with,”When does it close?” The Assistant can also have fun – it can tell you jokes, play trivia or make animal sounds,” Google said in its blog. Users can further ask the smart speaker to play songs using services such as Spotify and Google Music.

Coming to the Google Wifi, it uses mesh Wi-Fi technology and aims to solve the problem with traditional routers that have usually not been built to support increasing number of devices with activities that use high bandwidth, Google says. “Google Wifi is a connected system that replaces your current router to bring smarts, security and simplicity to home Wi-Fi to give you consistently strong coverage in your home,” it said. Google Wifi comes with its own app that even allows users to stop Wi-Fi access to certain devices.

Interestingly, UK has become the first country after the US to get Google Home speakers. The search giant seems to be following the same marketing strategy as its rival Amazon, which introduced its Echo speakers in the UK after launching in the US initially. As the Amazon Echo retails for around GBP 150 (roughly Rs. 12,200), Google seems to have a pricing advantage over its competitor speakers.