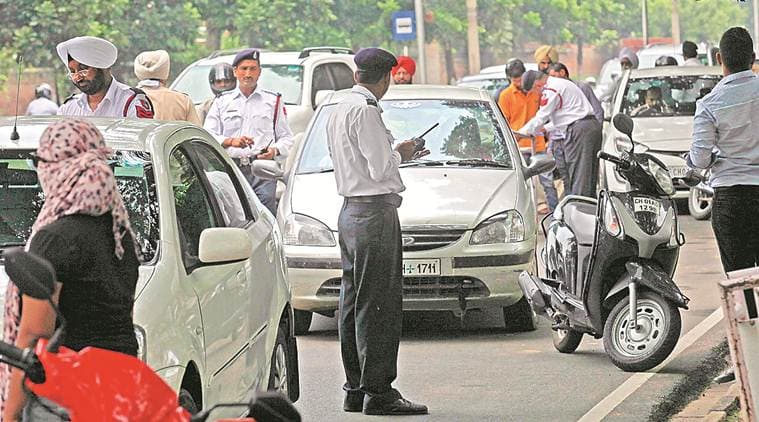 We live in the age of multi-tasking. Computer and mobile phone processors are more and more valued for their ability to seamlessly operate many different applications at the same time without hanging.This fascination for multi-tasking is not just limited to machines. We too have evolved into multi-tasking entities. We take pride in being able to juggle between multiple chores at any given time – be it watching TV while eating, bathroom reading, surfing social media while working, and the latest fad – using mobile phone while driving.

While drivers have always been distracted by passengers, loose items in the vehicle and radio, distraction due to the use of mobile phone for talking, texting or surfing takes this problem to a whole new level. It is commonly accepted that three types of abilities are required to be trained for safe driving. Firstly, there is the physical ability of a driver to hold the steering wheel or handle bar of the vehicle to keep it in control. Secondly, a driver needs to develop visual ability to constantly maintain vigil around his/her vehicle. Cognitive ability is the third and equally critical ability related to situational awareness that a driver must possess at all times. This means that the the driver’s mind should be focussed on the surroundings so as to allow him/her to not only gather inputs from the external environment but also process them swiftly to take lightening fast decisions in a dynamic milieu with many unknown variables.

While handling a mobile phone, the cognitive ability of a driver gets lost. When talking, people have to withdraw their attention from the road to formulate responses. As the mind cannot focus on two sources of input at one time i.e. driving and listening or talking, these constantly changing inputs provided by mobile phone distracts the brain and increase the likelihood of a crash.

In case a person is texting or surfing while driving, he/she is violating all the three cardinal principles of safe driving. If the driver is talking on phone using a handheld device, at least two of his/her abilities are off the road. Using hands-free communications through Bluetooth or a head phone definitely robs the driver of his/her cognitive ability.

Many people believe that there is no difference between talking to a fellow passenger and talking on a mobile phone. However, this is not so. When you are accompanied by a passenger, his/her visual and cognitive abilities, howsoever low, also come in handy to you as that person is concerned about his/her safety too.

In 2011, WHO released a report titled “Mobile phone use: a growing problem of driver distraction”. This report highlighted that distracted driving owing to use of mobile phone while driving is a serious and growing threat to road safety. WHO had warned back then that with more and more people owning mobile phones, and the rapid introduction of new “in-vehicle” communication systems, this problem is likely to escalate globally in the coming years.

The report said if you are using a mobile while driving you are four times more likely to be involved in a crash than a driver who is not using a phone. Importantly, this risk appears to be similar for both hand-held and hands-free phones, because it is the cognitive distraction that is an issue, not just the physical distraction associated with holding the phone. It has been proved that distraction caused by mobile phones can impair performance in a number of ways such as longer reaction times viz. braking reaction time, reaction to traffic signals, impaired ability to keep in the correct lane and shorter following distances.

WHO strongly recommended certain countermeasures, which included adopting and enforcing legislation and running campaigns to increase public awareness about the risks of distracted driving.

The Ministry of Road Transport and Highways has also issued the Motor Vehicles (Driving) Regulations, 2017 in supersession of the Rules of the Road Regulations, 1989.

The newly amended section 184 of the Motor Vehicles Act, 1988, rules that the use of handheld communications devices while driving will now amount to dangerous driving. The first offence makes the driver liable to imprisonment, which may extend to one year but shall not be less than six months, or with fine which shall not be less than Rs 1,000 but may extend to Rs 5,000 or with both. For the second or subsequent offence if committed within three years of the commission of a previous similar offence, the punishment shall be imprisonment for a term which may extend to two years, or with a fine of Rs 10,000, or with both.

Further, section 19(f) of the MV Act, 1988, empowers the licensing authority to disqualify a driver from holding a driving licence or revoke such licence if it is satisfied, that the driver committed any such act which is likely to cause nuisance or danger to the public, as may be prescribed.

Rule 21 of the Central Motor Vehicles Rules, 1989 lists out the commission of certain acts by a driver, which shall constitute nuisance or danger to the public and its clause 25 brings using mobile phone while driving a vehicle within the ambit of section 19(f). Thus, use of mobile phone while driving may also lead to suspension of driving license in addition to the punishment mentioned above.

Many two-wheeler riders have, unfortunately, found a convenient way of stuffing the mobile phone between the cheek and the helmet to escape prosecution. Leading brands of helmet manufacturers are offering variants of Bluetooth enabled helmets. The gravity of this problem has to be grasped by one and all – parents, teachers, law enforcement agencies, legislators, vehicle and accessory manufacturers, product certifiers and media. We need to realise that when we are driving a vehicle, we have only one job at hand. An ordinary call or text message can become either yours or someone’s obituary.

And as detecting a Bluetooth user is not as easy, perhaps, vehicle and mobile phone manufacturers need to rise to the occasion and bring out a technological solution to disable use of mobile phone while driving in order to prevent loss of innocent lives at the hands of the very products they so eagerly sell.